Formed in 1979 in Vancouver B.C. the Young Canadians (ne K-Tels) were among the very first West Coast punk bands to record and tour. Lasting from 1979 to 1980 they were a lock step three piece steeped in up-tempo british tunes from band's like The Attractions and the Pistols.

Live, they were the best band around, in the studio they cranked out the criminally underrated "This Is Your Life" E.P. with Bob Rock producing. Their Hawaii E.P. (also a Bob Rock joint) is regarded as a classic and even the crackle of the "Automan" E.P. is completely undeniable.

Young Canadians were comprised of guitarist/vocalist Art Bergmann, bassist/vocalist Jim Bescott and virtuoso drummer Barry Taylor. Their performances and songs still stand up as some of the best of the era.

Porterhouse brings you the band's entire recorded history digitally. "The Automan" 7" E.P. and the two four song E.P.'s "This is Your Life" and Hawaii" are all available in our webstore. We will be releasing an expanded collection of live tunes called "I Hate Music, The Young Canadians Live" in the future. 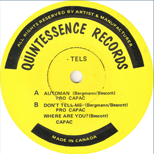 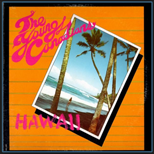 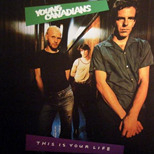