Personality Crisis formed in Winnipeg in 1979 and disbanded in 1984. While they were a part of the Canadian punk and hardcore scene, their sound was at times darker, and you can hear the horror rock overtones of Alice Cooper and contemporaries TSOL in their songs.

Their line-up consisted of Mitch Funk (Vocals) Richard Duguay (Guitar) Jimmy Green (Guitar) Duane Eddy (Bass) and noted drummer Jon Card who has played in both D.O.A. and S.N.F.U. And while the band only released one full-length album,'Creatures for Awhile' is regarded as a Canadian punk rock classic.

Out of print for years, Porterhouse is bringing this must-have recording roaring back to life. Re-mastered for vinyl it's loud and clear with all original artwork including lyric and credit insert. Created in an artisinal small batch pressing of 250 copies this slab is the detail oriented re-issue 'Creatures for Awhile' deserves. 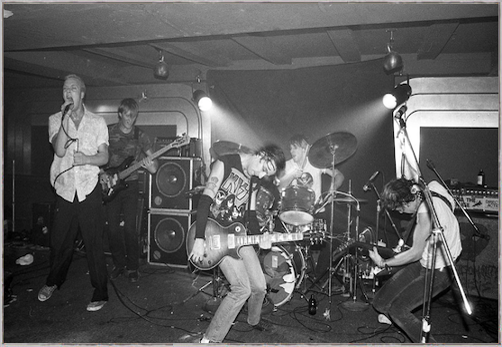